We have talk about many graphic designs stuffs in Crazyleaf Design, there are designs for website layout, advertisement banner design, logo design and so on.  And I feel there are something we have missing out to talk about when dealing with graphic design relative topic, that is game designs.  I want to share things about the game design of Fortnite today, because it is such a popular game in this year 2018, and I believe it will become even bigger trends in the upcoming year.

Here is a video introduce the Fortnite from original to latest design.

I am so much into this game recently, and it got me some inspiration about what it is look in designing a great game.  For some of you don’t know, Fortnite initially started out as a cooperative PvE game with building elements, similar to Minicraft and also players cooperating together to fight off the Storm and zombie hordes.  The company – Epic Games, as everyone know it is a very great game company as they made some great graphical games.  They realized the game can become PVP game mode, which adding the battle mode between players.  That created the Battle Royale mode, and it quickly became one of the most popular games on mobile devices, PC and console systems.

We wanted to create Battle Royale in a relatively quick timeframe. One of the things that we intentionally said upfront was that no one’s on the team’s allowed to say “what if”.

What we meant by that was that because our timeline was so short, and we wanted to create a playable version immediately, it wasn’t “hey we could do all these crazy things” it was “what can we do, and how can we get it done as quickly as possible.” It wasn’t pie-in-the-sky land. Naturally, that meant that lots of ideas we had didn’t really get fully explored.

One of the factors Fortnite has a much better credibility than PUBG at this moment is due to the fact that the video game feels like a better-designed product at this moment, with less bugs and issues than that title. The Save the World base is kept in mind as a crucial starting point, but the studio was forced to make some design modifications compared to Save the World, such as consisting of a more naturallly-flowing terrain.

Very early on in our prototypes it was really a little unclear how players would use building. In our internal playtests, players felt initially like “why would I build a base if the storm’s going to close in and I can’t use it?”

Over time that’s evolved into “I can build cover very quickly,” or “I can build a base very quickly” and it’s considered a throwaway base—when you’re done with it you move on, you go to the next place.

And here some other interview of Fortnite team that I want to share,  as designer hope you can think out of the box and get some inspirations. 🙂 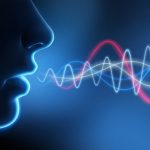