Previous Next
Start a Blog and Grow It
A FREE eCourse to Build and Grow a Website from zero. Step-by-step to learn a Long Term Growth Strategy that we applied to our blog and made 6 figures for us!

Today we’re going to explore the meaning behind the Starbucks logo. We will take a traditional dissection of the logo design , symbology and then look at some conspiracy theories which have popped up around the logo. I was surprised to find a slew of videos on YouTube that argue the logo is part of a larger Illuminati plot.

Your might also want to check out related articles:

The official meaning as told by Starbucks

It seems that Starbucks is often asked who is the Siren and what is her story? So in January 2011 the posted an official answer on their blog.  They note that when Starbucks was beginning in 1971 they were looking to create a logo that captured the seafaring history of Seattle. After looking through many old Marine books they found a Norse woodcut of the twins tailed mermaid.

Then they spin some classic marketing talk about how the logo is an icon for the future. “She is a storyteller, carrying the lore of Starbucks ahead, and remembering our past. In a lot of ways, she’s a muse –always there, inspiring us and pushing us ahead.”

This is not the full story the little has changed quite a bit over the years.

Here is a video explain the Starbucks Logo Design for the modern branding.

The Secret Story Behind The Starbucks Logo

The evolution of the Starbucks logo design

The evolution of the Starbucks logo will be important in the next section we explore the conspiracy theories around the symbology.

The inspiration for this post came from a question that was asked on Quora about the hidden meaning and story of the Starbucks logo.

Below you can see the major iterations of the Starbucks logo from a great post on Logo Design Love.  You can also play around your creativity to create a coffee logo with this 100’s of coffee logo designs.

You can see the original version of the logo was a little bit more risqué. Depicted in the logo is a twin held mermaid with exposed breasts. Over time though they began to reign in the logo.  The next addition added the famous green 1987. In this version you could still easily see the two tales of the mermaid. Going forward though they cropped the logo and covered the mermaids breasts with her hair. In 2011 after 40 years they refreshed the logo again with a more contemporary flat design. They also remove the iconic “Starbucks Coffee” text that was in circling the logo.

Symbology of the twin tailed Siren

Now before we get too far into the conspiracy theories I wanted to take a second to analyze the Starbucks logo.

First we can start by looking at the shape, the  Starbucks logo is obviously round. The circle is one of the most commonly used graphic shapes. Circles do not have an end or beginning so they suggest that there is a continual movement. They also can be defensive and protect what’s inside their boundaries a theory that is sometimes mentioned  is that they represent the womb.

In the second version of the logo it was decided to make it green. Green can have many different meanings in graphic design. The first thinking many people think of is the connection to wealth or money. It also can stand for healing, nature, or protection.

Mermaids are famous in literature, the most famous being The Little Mermaid from 1836. But mermaids have been in history for a very long time and often are thought of as a connection that human beings were once different and came from animals. Mermaids are also very feminine and have been connected with femininity. There are many stories of sailors dreaming of mermaids or being seduced. Mermaids also represent transformation as they are half human and half fish.

Mermaids are a bit different than a siren in mythology. In Greek mythology sirens are dangerous creatures who learn nearby sailors by singing. you may remember reading about them in high school English class during the Odyssey by Homer. The siren has a much less favorable symbology than that of the mermaid.

The Starbucks logo is actually neither a siren or a mermaid but a combination of the two. In mythology, this is called a Melusine.  She is described often as being more serpentine than fish on her bottom half. The most prominent story that features a Melusine is the story of the Duke of Aquitaine.  He marries a beautiful maid of his on the condition that he never sees her on Saturday when she bathes. Well curiosity killed the cat and you can guess what eventually happened. What he found was that she was actually a Melusine.  she became very upset and transformed herself into a Dragon and flew away.

Is possible we are looking too far into the Starbucks logo. When the company was started they probably didn’t expect to be calm one of the largest most recognizable brands on the planet. That being said, I don’t think it was part of a larger conspiracy theory. That doesn’t mean that the Internet doesn’t think that it’s a conspiracy theory. So without further ado, I would like to explore the conspiracy periods around the Starbucks logo.

Conspiracy theories around the Starbucks logo

I will try to sum up the more popular conspiracy theories surrounding the Starbucks logo design. If you do a bit of Google research or watch some ridiculous YouTube videos you will find some very hateful people saying that it is a giant conspiracy.  I will try to summarize the most legitimate arguments that I could find.

The most popular conspiracy theory is that it is a symbol of the Illuminati. The main idea is that the Illuminati are placing satanic symbols all over the world. Every time you grab a cup of Starbucks coffee you are actually being brainwashed by their secret symbloism.

Even though the Melusine sign is not the best character, it doesn’t seem to be a symbol of the devil.

But wait the Internet is not done yet. They have found a way to show that the logo inverted it is actually the devil.  Maybe if you really squint your eyes it’s possible to see the resemblance.

Below I have put an image which I found online of the comparison. To me the argument doesn’t seem that convincing and it’s not going to stop me from buying a cup of coffee at Starbucks. That being said it’s interesting to see how people can interpret a design in many different ways. Let me know your thoughts in the comment section below if you believe that it is a secret symbol or not. 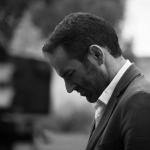 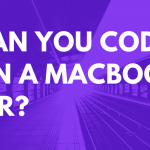