Let’s take a look at if the MacBook Air is powerful enough to program on. There are a few forums online where users have gone back and forth on this topic but many of them are quite outdated.

Today we will be reviewing the most recent version of the MacBook Air released by Apple.First we will review the general opinions of others on the Internet about the MacBook air. Then we will look at the detailed technical specifications of the computer. Hopefully this will help you make an informed decision.

Reviews of the Macbook Air for Coding

I have scoured the Internet to find reviews of the MacBook Air is a programming device.

The overwhelming consensus is that the MacBook air is okay to use as a programming computer. I wanted to highlight the numeric results after reviewing multiple forums. Below is a rundown of the results from forms. I also linked out to the original forum if your interested in reading the thread. 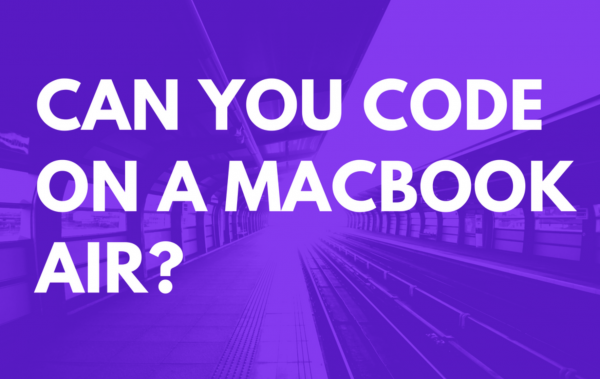 After reading through the following threads there are 28 comments advocating that a MacBook air is good enough to program with. There were only six comments that advocated getting another computer. Many of the sunset it’s worth upgrading to the base model of the MacBook Pro. You can help others make the decision by voting in our poll below.

Is the MacBook Air good for programming [Quora]

There is a great conversation on quora with 21 answers to the question.

After reviewing the form there are 17 answers which say the MacBook Air is good for coding. There are only four reputable answers which suggest getting a MacBook Pro or another computer.

It should be noted that most uploaded answer does suggest getting a MacBook Pro if you don’t mind the weight difference. This only applies if you are going to fully upgrade the 13 inch MacBook Air. The reason they make this recommendation is that it is about the same price as the base MacBook Pro, yet the Pro has a better processor and screen.

Ahh Reddit, the front page of the Internet. they actually have a really great thread going back and forth about using a MacBook Air for programming. I would say the information in this thread is second only to that of Quora. The only really new information that I found in this post is that the two most important things to a programmer are the keyboard and display quality. This argument makes it seem that you might want to get a MacBook Pro as the screen quality is better than that of the air.

This question is a little bit different as it focuses on using the MacBook Air for going to programming school. The discussion seems to follow the other threads we found saying as long as you’re not doing process intensive coding you should be fine. The also note that your computer will run better if you have less tabs open on your Internet browser. I’m writing this article right now from a MacBook and I just post a bunch of tabs because it was running slowly. So I can attest this is often a problem.

The answers on stock exchange were actually not incredibly decisive. They recommended either the MacBook Pro or the MacBook air. They advocated choosing the one which was the best fit for the type of development you are doing. The overall consensus though was that the MacBook Air would be a good enough computer for programming.

You can also assist us by contributing to the poll below. Let us know if you think the MacBook Air is good enough to be a programming computer or not. This will help others like you who are trying to make the decision.

Help others decide if this is the right computer for them. Submit your vote below! 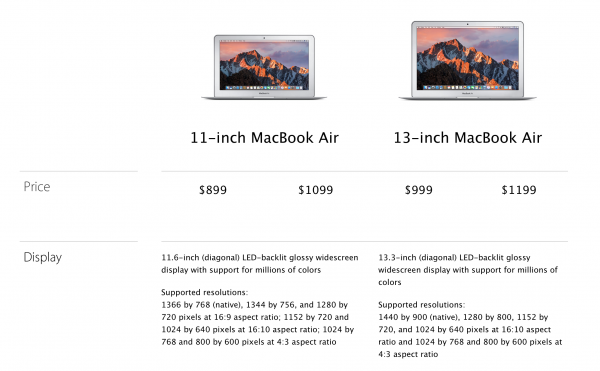 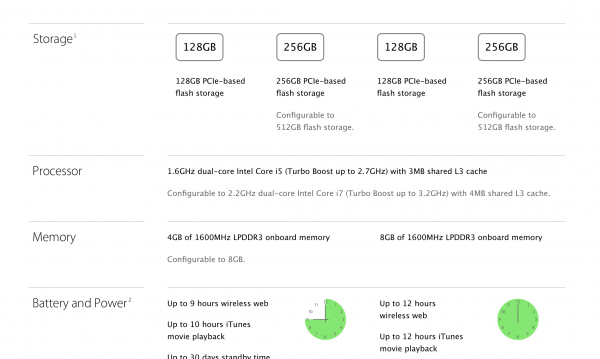 MacBook air now comes with a new fifth generation Intel core processor. It comes in two sizes both the 11 inch and 13 inch. To get the larger computer and you will to spend an additional hundred dollars. The MacBook Air has become the most affordable laptop after Apple offers. One of the most popular features is the “all-day battery life”. On the 13 inch MacBook Air you can expect up to 12 hours of battery life.

With the new Intel core processors you are able to choose between and I6 for an I7 processor. You are also able to update the flash storage to 512 GB.

One of the most important things for compiling code is going to be your RAM. On many forums you will see people urging you to up grade to the 8 GB RAM option on the MacBook Air. Recently though Apple has upgraded the MacBook Air so every base model comes with a minimum of 8 GB. This will save you a hundred dollars which it previously cost up graded to be an 8 GB model.