If you're starting your first website or blog, a quick Google search for a WordPress host will show a split between the two extremely reliable companies. In this article, we'll compare BlueHost and HostGator on pricing, breakdown of features, customer service, performance and reliability.

They're two of the most popular and cost-effective WordPress hosts, but with some distinct differences that you'll have to consider before designing your website. We've done extensive research on the two companies and examined expert opinions vouching for both companies to give you an unbiased review of hosting services. Having trouble choosing between BlueHost or HostGator for WordPress hosting? Let's begin the comparative analysis.

BlueHost is the older of the two companies, founded in 1996. Founder, Matt Heaton appointed a new CEO, Dan Handy in 2011, where the company saw a drastic shift towards improving technical structure and design. Today, BlueHost is responsible for hosting nearly 2 million domains alongside its 3 sister companies: HostMonster, FastDomain and iPage.

HostGator was founded out of a Florida Atlantic University dorm room by Brent Oxley in 2002 and is best known for its cheap domain registration and strong customer service support. Although being newer than BlueHost, they've received much more press for being one of the fastest growing companies in the United States.

Are HostGator and BlueHost the same company?

They're two distinct subsidiary brands of the Endurance International Group, but have separate operations. EIG is traded on the NASDAQ and has achieved its massive success from acquiring a large number of smaller web hosting and domain registrars, some that have retained popularity and many that have not. Separate, but similar.

If price is your absolute priority, HostGator is your winner by a hair. Both companies offer 3 different level plans on 1-3 year commitments, but HostGator offers monthly payment options as well. On annual rates, HostGator starts at $3.69/month, while BlueHost begins at $3.95/month.

The features offered in the 3 main hosting plans by BlueHost and HostGator are extremely similar, but the scales are tipped in HostGator's favor ever so slightly.

Disk Space: HostGator has the slight edge here with their Hatchling plan offering unlimited disk space, but if you upgrade past that, it's an even playing field.

Bandwidth: Bandwidth is the capacity at which you're able to transfer data. Both companies offer unlimited bandwidth, even on beginners' plans so you don't have to worry about visitors being restricted from accessing your websites. Tie game.

Domains Allowed: Each web address assigned to a website is unique and specific to that domain name. Both hosting services limit the number of domains allowed per plan to just 1. Tie game, again.

Automated Backups: Creating backups of your website automatically allows you to sleep easy at night knowing that if your website goes down, it can be restored painlessly and without any loss. Doing this manually can be via cPanel at no cost with both providers, though this can get quite annoying over time - especially if you run multiple websites. BlueHost includes automated backups in all 3 of their plans absolutely free, while HostGator charges $15 to restore automated backups.

No matter who you buy hosting from - BlueHost, HostGator or any other provider, your package will come with an extensive list of technical features that you may or may not use regularly. In the case of comparing BlueHost and HostGator, they come out exactly even in technical features, but it's a good idea to keep these in mind when starting your website.

cPanel: cPanel is a web server management software allowing you to easily transfer and manage files, create email addresses, install programs and manage databases. It's easily the most popular software out there in this category, which is why both BlueHost and HostGator use it.

FTP Access: FTP (File Transfer Protocol) allows you to transfer files between your computer and your website. When configured, you can also give others access to send you files - a feature that becomes very useful when dealing with larger files like video.

WordPress Installer: That's what you're here for, right? WordPress is the largest content management system, making it one of the easiest options for starting a new blog or eCommerce website. It has a very large community of 3rd party support, so there are many plugins and themes to customize your experience and website design. WP Installers automatically install this system and creates your database for you - no coding knowledge necessary!

Performance: For many, website speed is of the utmost importance when it comes to choosing a web host. Faster load speeds means visitors are more likely to explore your website and page load time is used as a main ranking factor for SEO in 2016. Page load time is the time it takes a server to load a webpage the first time a visitor accesses it. BlueHost is slightly faster in speed, making it the obvious choice when prioritizing performance.

However, HostGator offers a 99.9% uptime guarantee, which is quickly becoming the industry standard. BlueHost has yet to offer this guarantee, so it can't be regarded as reliable as HostGator. Not having an uptime guarantee means that BlueHost services are prone to downtime - meaning your website has a chance it could be temporarily unavailable.

For those new to managing websites, many consider a webhost only as good as its customer service. Downtime can make or break businesses, especially if you run an eCommerce website. The less time it takes for a host to fix your problems, the better. BlueHost and HostGator are highly regarded for their customer service, but with minor differences that may affect your purchase.

Account Setup: Immediately after signing up, both companies will set up your domain and server for you. This means you can get to work on your website right away. Nowadays, this is standard service for web hosting providers but it wasn't always this way.

Technical Support: All BlueHost and HostGator plans include 24/7/365 technical support over phone, email and live chat. There isn't anything more you can ask for really.

Money Back Guarantee: Both companies offer money back guarantees on all plans, but the advantage here goes to HostGator with their 45-day guarantee. BlueHost offers a 30-day guarantee with pro-rated refunds after the first month. If you aren't completely sure on which service you like best, it's technically possible to try out both using these offers.

BlueHost vs Hostgator: The Final Scores

Overall, the two companies offer very similar services and choosing which one to use comes down to preference. On a scale of 1-5, with 1 being the least and 5 being the best, here are my final ratings:

The amount of money you save by choosing a HostGator plan is so small that it doesn't affect you in the long run and BlueHost performs slightly better in speed so that's my choice for WordPress hosting. Performance matters to me more than saving a couple bucks, though the lack of an Uptime Guarantee is concerning so I could see why others would use HostGator. 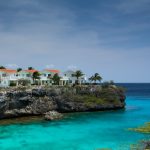