This week Google rolled out a new speed test tool, which it ironically gave itself a failing score. This got me wondering if the test was even relevant.

I took the top 10 news sites as ranked by Alexa. Surely the biggest news sites would have teams of people making sure their site was mobile friendly and speedy.

Why Do They All Fail?

They almost all failed miserably in one category. This made me wonder, does this test even matter? Is this all a scheme to get people to create sites on Wix? Wix is just one of the WYSIWYG website builders recommended after you fail the test. If you are a developer or speed expert please weigh in the comments section.

If you are a developer or speed expert please weigh in the comments section.

I also went  on to try inbound.orand hubspot.com two websites that are fanatical about speed for SEO. Almost expectedly at this point both fared poorly on the test. Below are the top ten sites score, inbound.or HubSpot’s blog, and both presidential candidates.  Reddit.com

Reddit is the most popular site in the category. It actually performed the worst of all the tests. It was the only site to get a poor score for mobile friendliness. Doesn’t seem to be hurting their Alexa rankings.

CNN pulls in at number two for most popular news sites. Though they score “poor” on both speed tests. The desktop score is only slightly higher than the mobile test.

Though it has the lowest mobile friendly score, the Huffington Post is the only website of the tested sites with two scores that are considered “good”. Backed up by a score of fair the HuffPo seems to be doing pretty well.

Across the pond website speeds don’t seem to fair much better. The Gaurdian like many other publications has a good, poor, and fair ranking.

Weather.com got a partly cloudy forecast with two poor ratings. Both scores were in the speed section.

Google once again fails its own test. This time with a poor score for mobile speed and a fair score for desktop speed. They were probably happy to see they just edged out Yahoo News.

Right after Google news comes Yahoo News. With a slightly worse score in mobile speed, they did much worse than Google in the desktop speed test.

Fox News was the only site of the media sites to get a perfect score for mobile friendliness. They didn’t fare as well for the speed tests.

Rounding out number ten on the list was Forbes.com with two poor scores. That obnoxious quote of the day landing page probably didn’t help much.

The Hubspot blog did poorly on both the mobile and desktop speed tests. Curious to see what the Hubspot folks say about this.

Inbound.org also did poorly on two of the tests, scoring slightly higher than Hubspot on the mobile speed test and slightly lower on the desktop speed.

I also wanted to test the remaining presidential candidates websites to see how their sites did. I have ordered them below by first name alphabetical. These scores are in no way an endorsement of a candidate. I’m sure we can get some supporters debating out the mobile speed test in the comments section.

Hillary scored poorly on both the desktop and mobile speed tests. Doing worst overall of all three candidates.

The most common recommendations were to “Eliminate render-blocking JavaScript and CSS in above-the-fold content” and “optimize website images”. If you are a developer or SEO speed genius let us know your thoughts in the comments. I’m going to post on Inbound.org and see if I can get a response from the community experts. 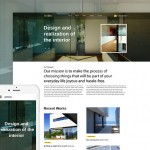 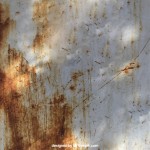