Change is hard and many are hating the new Instagram logo. Today the San Fransisco company is rolling out their new flat logo. One of the last major apps to still have a skeuomorphic design. Gone is the leather camera logo with an enormous lens. The logo is only four years old today but so much has changed in design. Instagram’s new logo features a strong gradient that comes from some of the colors in the original logo.go Instagram defines the new brand as being based on the culture and vibrancy that has been created by the community. The new brand looks to better match this look and feel: “Our updated look reflects how vibrant and diverse your storytelling has become.”

The next web rolled out a poll that only has 544 votes at the time of publishing. 61% of respondents choose the poop emoji over the heart eye emoji. We can only assume this means they didn’t like the new logo.

The new app icon also came with updates to their entire line of products. This includes Layout, Boomerang, and Hyperlapse.

Users took to twitter to complain that they liked the original versions of the other apps. Noting those designs were a lighter fresher version. For comparison, we have included the old app icons below in order of Hyperlapse, Boomerang, and Layout: 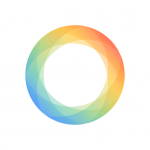 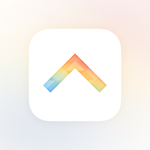 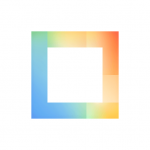 As with every new brand rollout, there is to be expected backlash. We have seen this with the recent release of the new Uber and new Google logos. Don’t forget the onslaught of jokes when Hillary Clinton launched her campaign that her logo could be made in MS Paint. Twitter has started to see some high profile accounts weigh in on the changes. We have quoted a few below:

okay so the new instagram logo is bad but the redesign itself is inoffensive. black and white, very simple pic.twitter.com/098xyj2oLR

The new Instagram logo is bad, but we’ll get used to it because we’re powerless and at the end of the day we’ll just do what the brand says — James Grebey (@jgrebes) May 11, 2016

Casey Neistat joked that he was going to have to update his Instagram tattoo. Casey currenlty has over 1.1m followers on Instagram.

Whenever a new logo comes out it seems that people say “I could have done that”. Very similar to what is often said about contemporary art. Of course, they didn’t but this Gif makes the cut.

How the new @instagram logo was made
h/t @tylerkingkade pic.twitter.com/eexqXuRRjZ

You can view a quick video Instagram made on the launch of their new logo here:

Is it for the better?

Like all changes, it might take some time to get used to the new Instagram logo but it’s here to stay. The new app icon is going to look more streamlined and fit better with other app icon designs. The new minimal app design really works to keep the user content the visual highlight. Instagram which was founded in 2010 has come a long way. Along the way, the most notable event may have been their acquisition by Facebook. It makes you wonder when the next major overhaul of the Facebook logo or app is coming. Since launching the app many changes have come about, originally only allowing square cropped photos the app now allows portrait and landscape photos and videos to be uploaded. Today the app is a global phenomenon being translated into 25 languages. It will be interesting to see the further development of the platform as they continue to roll out changes including their new newsfeed algorithm. Let us know in the comments your thoughts on the new app. We will update this post as we get more opinions from designers. 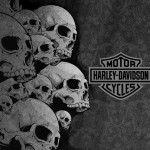