In this era of hyper globalization and hyper communication, social networking sites have entirely changed the way people communicate and conduct businesses. Today there are number of social networking websites on the web. Millions of people across the world use these networking sites on daily basis. Facebook and Google Plus are two of the most famous social networking websites whose rivalry has gain an immense popularity in recent time. Both Facebook and Google have a large following and are used by millions of people across the world. In fact, there is a constant rivalry between the two to prove their supremacy over the other. And it is their rivalry that has introduces some new trends in social media era.

Both Google and Facebook are well known worldwide and boast of users from every part of the world. The rivalry between the two has grown more intense after Google launched Google Plus. It is seen as Google’s move to grab larger share of market from Facebook. Whatever rivalry and competition may be there between these two networking giants, one thing is for sure that it has proved to be beneficial to the social networking sites.

First and foremost, this rivalry has resulted in innovation. The constant competition between Facebook and Google encourages both the companies to create better things and come up with attractive and user friendly solutions. With such innovations, it is the user who receives benefits. Google who already is the search giant, has now made a foray in social networking with Google Plus. This may push Facebook to come up with solutions ranging from search to mobile.

When it comes to social networking, security is a major issue. Facebook provides options like opt-out settings and privacy changes in order to enable users to secure their data. But still there are certain issues that users are discontented with. And this is where Google Plus seems to be gaining favor. Therefore, it is now up to Facebook to come up with better security measures to appease the users and avoid any controversy.

Facebook and Google rivalry could also result in producing better, and more targeted ads. It may also lead to better re-targeting as both the companies may try to outperform each other to provide excellent ad platforms to users that help them in gaining higher returns in a scalable way.

Google planned to crush the competitors with Google Plus. Although Google Plus is still not available to everyone but the same tactics were adopted by Facebook as well. Initially Facebook was available only to Ivy League schools in the U.S. and the U.K. Google Plus has a neat user interface to offer. Also, it is refined compared to FB and has only four silos to be clicked, that is, Home, Profile, Photos and Circle. Unlike Facebook it does not have any games. Thus you would not find anything like Farmville here on Google Plus.

Google Plus has a concept of Circle which is totally different. The circle helps you make your own different social networks like friends, acquaintances, colleagues and contacts. You can keep different groups in different circles. It is similar to the school level Set theory. It lets you choose people with whom you want to share a particular detail with. It also has a thumb technique. It lets you transfer several people on to the circles. Whichever circle you delete moves out of the screen.

The mobile version of Google Plus is tailor made to suit Apple’s iOS. It also works on the Android platform. However, it has some problems working on the Symbian platform. Thus it does not have much to offer to millions of Symbian users. Therefore, it is likely to improve itself further to gain a competitive edge to Facebook. Thus it is again going to result into the development of some new exciting features.

Let us now look at some of the social media trends that are being set in this era of Facebook and Google Plus.

There is no doubt that YouTube is one of the largest user generated video sharing platforms on the Internet. However, that does not mean that other platforms do not have the potential to do the same. In fact, there are many other that are business focused, not much crowded and provide an easier way of sharing videos. With time websites like Vimeo, Viddler and Dailymotion are likely to gain popularity with a sharp focus on live streaming.

Location services are likely to gain popularity as people get more comfortable checking in to a business. This will become possible with the help of enhanced safety features. Some of these features include as privacy options that let you block your location from public view. In this social networking era, it is time to get familiar with sites like Foursquare, Facebook Places and Gowalla. You can make use of these sites to effectively gain better target prospects. You can also influence purchase decision of users by offering discounts, promotions etc.

Since the mobile networking is constantly on rise, it will lead to small businesses moving marketing campaigns to mobile phones. Websites like Enowit and MessageBuzz offer tiered levels of service. They also offer free demo accounts that allow you to test a mobile-marketing campaign.  Thus a business can start by incorporating a mobile widget onto its site to help collect mobile numbers through an automated system.

Twitter has a tweet-a-thon feature which help people in a fundraising campaign. Through this feature users can urge their followers to tweet about and donate to a particular charitable cause over a specific period of time. In today’s social networking era, these initiatives will gain immense popularity as there are internet savvy entrepreneurs who can capitalize on the relationship-building advantages of social media.

WordPress, an open source platform is definitely going to become the platform of choice. The reason is simple. It is a user friendly platform that makes it easier for websites to implement search-engine optimization with minimal cost. Various plug-ins offered by it help in extending the functionality of a website. 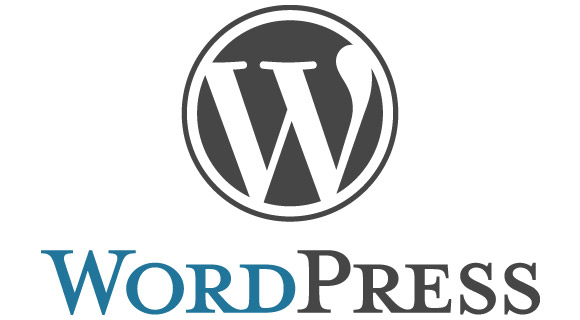 Forget about 3G it is time to say hello to 4G. It is, in fact, going to become a necessity as busy consumers are going to demand for it.

Websites which are dedicated to customer reviews will dominate the social media arena. This is because consumers want to be heard and also want answers to their queries. Websites like Groubal.com focus on achieving this by consolidating common user-submitted complaints. Therefore, it is important to respond to both positive as well as negative reviews and respond as soon as possible.

Plug-ins extends the functionality of a website and in times ahead, the use of Plug-ins is going to increase further. Scribe which is a popular plug-in lets you monitor and score your keywords and updates to your site automatically. This helps in achieving effective search engine optimization.

It is time to let your customers know that you listen and respond. Set up online monitors for your business.

It is going to be the time of web seminar platforms.