A web host launches a website to the world and enables it growth prospects. If the web host is reliable, professional and viable, a website would definitely grow and hence, the business would subsequently follow the path. A range of web hosting problems can surface to retard the growth of an online business and hence, they must be stopped from troubling a business at any stage.

In this article, we would discuss 10 common web hosting problems.

Selecting a web host on others’ recommendation

One of the biggest mistakes is to select a web host on the recommendation of others, rather than analyzing one’s own needs. In most of the cases, the recommendation teases when the results don’t meet the expectations. And more so, recommendations today are part of the marketing strategy of web hosts than being the genuine one.  So the best way is to assess the self needs before taking the services of a web host.

Being trapped in the flashy advertising gimmick

A web host often engages in a flurry of flashy advertising campaigns to catch the attention of prospective clients. In most of the cases, they offer services and facilities that never appear in the actual package. Furthermore, they devise the packages in subtle way to trap users into availing them; lucrative packages are devised wherein a longer subscription is encouraged through some useful but added services.

Incomplete information of the services offered

Many web hosts have been found peddling wrong information on the offered packages to make more customers. In such cases, the services offered never last long as told in the first place; or else, the nature of services drastically varies from the one told at the time of availing them. Before selecting the web host, the reliability factor must be considered to solve any problem in the later stages.

The uptime does not fulfill the needs

The uptime ensures that a website keeps running all through the day and night without any visible hindrances to the owners and customers. If the site gets down frequently, it might hamper the growth potential as customers won’t be able to visit it when needed. If the uptime is not close to 100%, say slightly here and there, the web host is not worth choosing at all. In that case, going in for a dedicated server hosting plan is suggested to ensure an unbridled growth to the business.

Made to pay up the incorrect or inflated bill

Most of the websites have been found complaining about the billing issues from their web host. Overbilling has been a frequent complaint made by most of the owners and webmasters. If the host continuously sends either incorrect bill or inflated bill, it’s the right time to keep a track of the actual cost from the moment onwards. After all, there is a budget to stick with and no one is supposed to pay for services never used in the first place.

Most of the web hosts fail to ensure a foolproof security promise to the clients as they are unable to do the same. If they can’t secure valuable data and information from either being hacked or stolen away, they are not worth having at all. A website can’t be hosted and run on the basis of an incapable web hosts, as its entire productivity depends upon the security. Security issues are the foremost reason web hosts are often not hired for the job.

Inability to either change or upgrade the hosting plan

A web host which is unable to either change the existing plan or upgrade to the next level in the days to come is not a value addition at any cost. If the flexibility of upgrade or alteration is not provided, it might hamper the ambition of the website and business. Many charge fees for this facility, and the rest don’t offer at all. This issue must be resolved at the earliest to let the business flourish with its usual pace.

The bandwidth does not support the business ambition

If a business grows, its requirements for bandwidth would definitely go and hence, the web host has to take care of this aspect. In most of the cases, the host fails to match to the newly-emerged need of a business and hence, hampers the growth prospects. If the additional bandwidth is not made available by the web host, it’s time to look elsewhere for the same; after all, a business can’t be run on the compromises at all.

Server location is not disclosed

A web host which does not disclose the server location is definitely not a good partner to have. After all, the location of the server has a direct bearing to the success of the website and the business. If the server is not located in the same region or country where the web host is, it would have a diminishing impact on the business. So this problem must be solved before selecting the web host to give a new direction to the business.

One of the biggest problems with web host is the lack of flexibility to expand alongside the website. Most of the web hosts fail terribly at this crucial aspect and leave websites to look for alternatives. From disk space to bandwidth limit, all these aspects need upgrade once a business grows. Even if a web host shows the courage, there would additional fees to discourage the attempts.

Web hosting is an important step to take a website to the next level and give the business its due. A range of problems often occur in selecting a web host which must be avoided at any cost. This article has listed 10 common web hosting problems, and invites users to add more to the list. 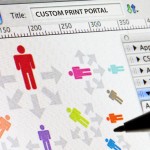