Writing Skills require attention to detail and practice. Although it is easier to write a letter than to express one’s thoughts orally since there is time to think and to google the necessary information. Today, we will present several websites that will help you improve your writing skills online.

Surely, you proofread your text running it through Word or some other word processor. This is a good way to identify errors and then fix them, but there is a better option. Grammarly is a specialized proofreader that filters out all grammatical, contextual spelling errors and misuse of vocabulary.

However, that’s not it. Grammarly knows how to look for plagiarism in a text, and also helps adapt your writing to a certain style: an academic, business, colloquial or artistic one. According to the developers who are professional linguists, their service is used by 4 million people in various professions.

Whether you are whiling away on Facebook, Gmail, Tumblr, Twitter, LinkedIn or anywhere on the Internet, Grammarly will keep a close eye on the text you type. For this purpose, there is an extension for Chrome and Firefox.

For the sake of fairness, we note that the constant background operation of the extension might slow down your browser a little. However, it all depends on your computer power.

Thus, Grammarly enables everyone to check their writings for mistakes, including smartphone users. Although it would be more convenient for them to work in a mobile application, but, alas, Grammarly does not have one unlike its competitor called Ginger.

Can one service combine in itself a powerful translator, a mobile keyboard, an advanced proofreader of grammatical, spelling and punctuation mistakes, as well as an explanatory dictionary and a synonym search engine? Yes, and this is Ginger. The program is available for iOS, Android, Windows and as an extension for Chrome and Safari.

The scope of the application is very wide. You can use it when writing scholarly publications, blog posts, or compiling an important email, in which every detail matters. This software became highly appreciated by students since instead any of them now can compose their papers without involving third party, as opposed to pay someone to do my assignment. As already noted, Ginger due to its multi-platform capabilities is available on almost any gadget. As it seems to us, the service has the greatest value on smartphones where writing text is more difficult in comparison with a computer, not to mention editing, translating and performing other auxiliary actions.

Ginger for iPhone, iPad or any gadget on Android represents primarily a keyboard with many supported languages, to which a separate contextual text corrector is attached. Switching between the two modes is implemented fairly smoothly, although it needs some getting used to.

Functionality and design of the desktop Ginger correspond to its mobile version (or vice versa). Here you will find all the same tools to catalyst your creativity, which means that you once again will not have any difficulty getting used to it. The only thing we would like to say is that Ginger for Windows lacks some features its free version.

The developers of the Quill service are positive that the best way to learn to write is by writing.

This approach is integrated into the Quill’s tasks: pretty much always, you have to type words on your own. And this gives positive results because it is in the process of typing that we learn best how to write correctly. In addition, writing a text is the best way to learn how to express your thoughts and ideas.

There are three types of activity available to the user: making a text error free (Quill Proofreader), fulfillment of tasks for mastering certain sections of grammar (Quill Grammar) and writing one’s own texts (Quill Writer).

One of the sources of inspiration for the Quill developers was the practice of Laura Gibbs, an English teacher at the University of Oklahoma. At the beginning of each semester, she would give her students a text in which eighty grammatical errors were made. The students had to find them and fix them. Based on the results of this assignment, Gibbs “diagnosed” the weak points in the knowledge of his students, and then worked on them during the semester. Thus, an unpretentious task of correcting mistakes became the basis for an individual approach to learning. 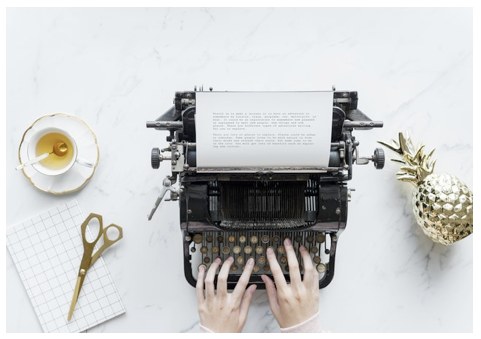 The Quill service is available for any user who wants to boost their literacy. You just need to register and select the activity that interests you the most. In case you want to improve your writing skills, you may want to start with the Quill Writer.

Elizabeth Skinner is a 24-year-old American English teacher living in Washington DC. She is tutoring and as a certified writer at EduBirdie. Elizabeth’s hobbies include traveling, photography, and social work with disabled people and veterans. 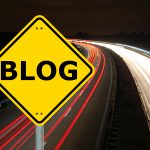 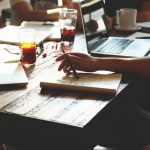