Creating websites and apps have come a long way since the boom of the internet. These days it takes much more to attract and more importantly, retain your visitors.

As technology grows and the attention span decreases, it’s getting tougher to deliver interactive, intuitive and engaging content. Tough, but not impossible.

Be it scrolling one pagers, hover states, cinemagraphs, or slide interactions, these 12 selected websites for this month proves that we’ve only begun scraping the surface of amazing connections between human and machine.

Spacecraft for All documents the journey of ISEE-3, which was launched in 1978 to study the sun, and provides a stunning live simulation of the satellite’s current location based on a trajectory model.

VOID has a hypnotic feel that pulls you in. An interactive website produced by Hi-Res, it houses some of the agency’s creative works.

Feed is a data management platform that allows users to secure, monitor, exchange, and monetize their data under their own conditions. Their site use music as basis, giving it a sense of harmony and fluidity.

Super Sync Sports is an experiment for Google Chrome that allows you to play classic sports arcade games by syncing your smartphone or tablet to your computer. It allows for solo and multiplayer gaming.

Numéro 10 a creative agency that puts emphasis on the power of storytelling, accompanied by great visuals such as those presented on their website.

Kilfish is a graphic and motion designer from Hungary. His website doesn’t only showcase his best works but is in itself a representation of his quirky personality and great talents.

Ice and Sky is an educational website that shares the life of Claude Lorius, the first scientist to prove the impact of human activity on our climate, which he uncovered while studying Antarctic Ice.

Shakespeare at the Delacorte Theater

Shakespeare at the Delacorte Theater is a project of Cloud Red, which visualizes all the Shakesperean plays, along with their actors and directors, of the New York public theater in a minimalist yet comprehensive dotted timeline.

Paka Dla Bezdomniaka is an organization that aims to move people into helping homeless animals, especially the assortment of dogs, cats, pigs, horses and even bears that live in a shelter in Korabiewicach, Poland. It mixes human and animal faces to engage visitors.

Diva by Makole is all about high fashion. Offering pieces from top designers such as Prada, Gucci, and Dolce and Gabbana, it helps clients to get excellent shopping experience and the best ensemble for any event in Salzburg.

Andrevv is the home of Arizona-born, Berlin-based digital designer and developer Andrew McCarthy. Simplistic in style, the site utilizes a sort of loop that produces a fun effect as the naked backdrop moves, similar to stop-motion scenes.

How Far Is It to Mars?

How Far Is It to Mars? is a unique informative presentation that turns the distance between Earth, the moon, and Mars into pixels. 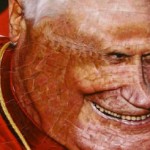 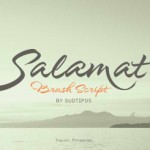