I’ll go ahead and admit it right now, when I first heard of this app called “Smartmockups” I was a little skeptical. As per their website, it claims to be able to help you “Create stunning product screenshots without using Photoshop.
To be fair, I don’t like Photoshop myself, thanks more to the price tag associated with it than anything else. But I also believe Photoshop is a good professional utility for those who do have it. So hearing something is claiming to be as good as Photoshop but for such a small price tag? Color me unimpressed. At least until I actually tried it out, that is.

Exclusive Discount: We have a Smart Mockups coupon code for our readers. Get 10% off just use the code: CRAZYLEAF10 at checkout.

What I love about Smartmockups is when you download the app you only pay a one-time cost. Photoshop costs every month…forever. 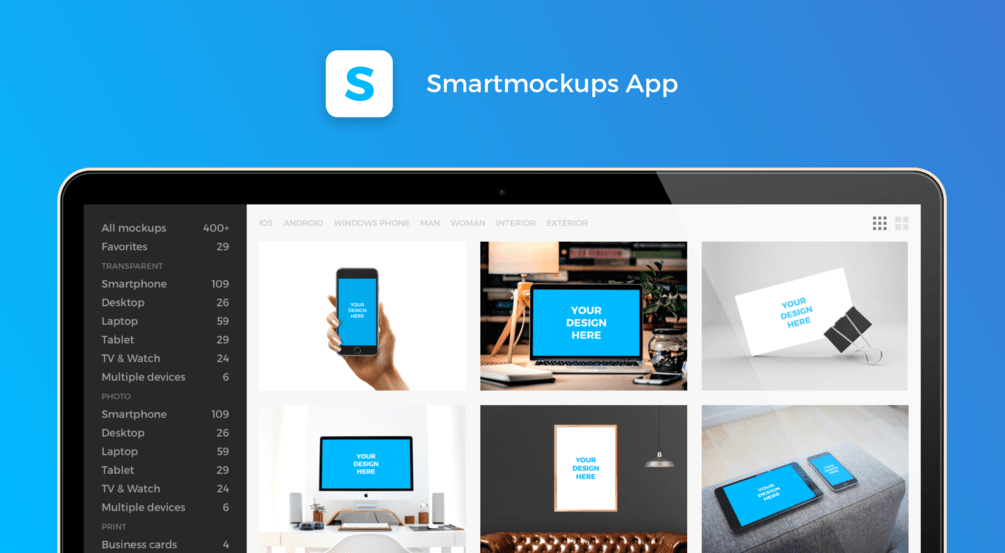 I downloaded and launched the app and I was immediately greeted by a very simple interface. Score one for Smartmockups. Simple interfaces that belie their true power are something of an obsession of mine.
I trundled through all the available options (of which there were over 400 according to the count on the left-hand side of the screen) and decided randomly to pick the “Isolated Dell UltraSharp – portrait” option. Everything looks nice so far, another point in the app’s favor.
After this, I decided to choose a random image from my hard drive to use for my mockup. I was pleased to note that it included a crop option, allowing me to cut pieces of images that were too large to fit otherwise. A good choice for the app.
With that done, I tested out the URL Screen option. I decided to go with one of my favorite URLs and the app captured the landing page very well, although I will admit that in portrait mode it didn’t offer a crop option. I’m not entirely sure if that’s intended or not, but given the nature of the product, I’m assuming it is. 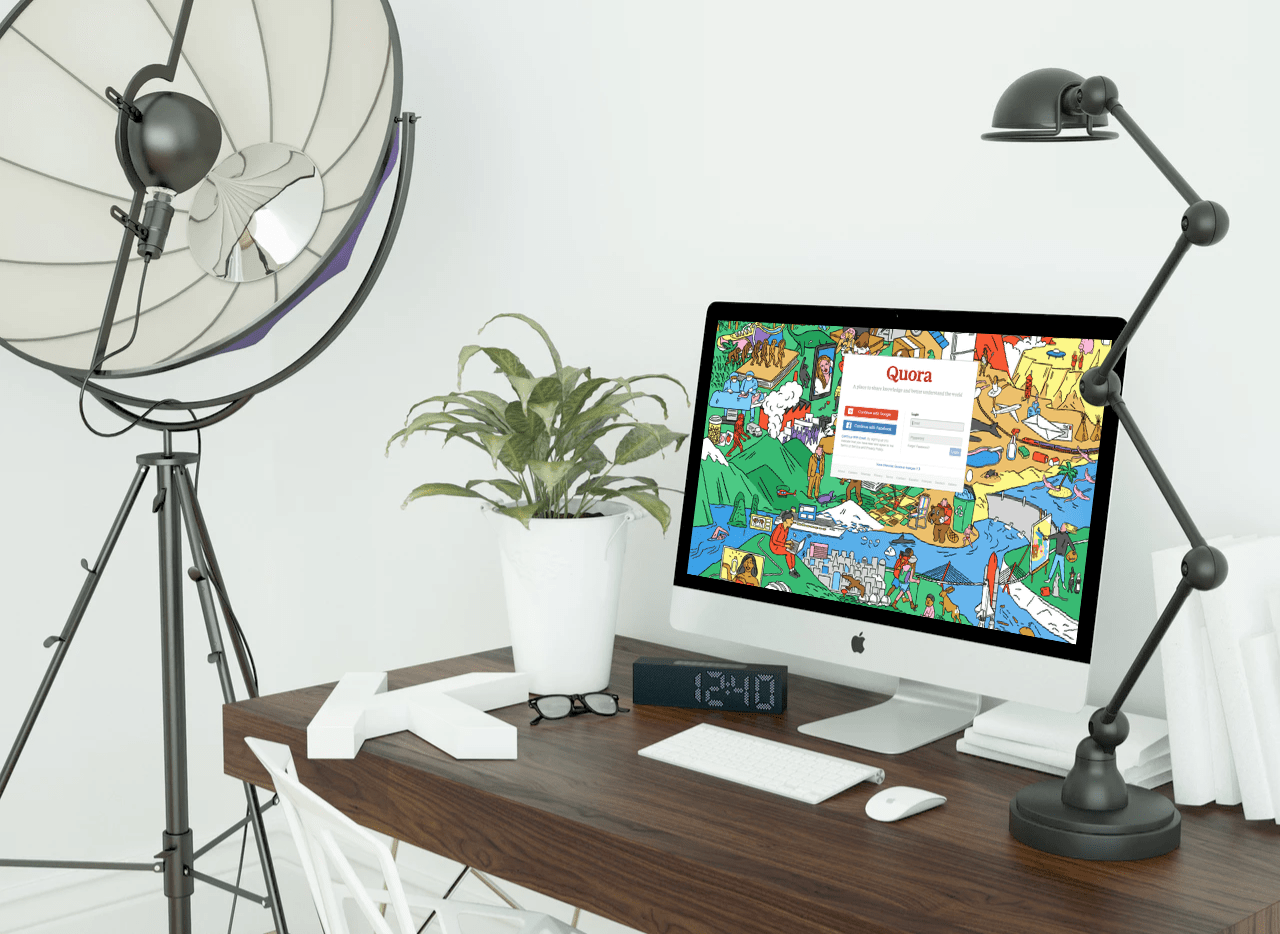 The single biggest issue I ran into was the next one. I clicked the “None” option under the background and all that changed was the white background turned to gray. I wasn’t entirely sure if that was supposed to represent a transparent background or just a change in color, so I loaded it up into my second favorite editing program, GIMP, and found that it is indeed transparent. In GIMP and Photoshop, transparent backgrounds are represented with squares of two shades of gray, making them easy to distinguish. I do have to knock a point off for the app not doing that, unfortunately.

Once you understand that “none” means the background is transparent, it’s not really an issue. Just took longer than expected to learn.
With that cleared up, I got to play around with the “Add Color” option. I kind of lost myself in playing around with random colors for a few minutes. It was entirely too much fun for me. The option has several preset colors and a Hex and RGBA input option, plus a standard color selection slider and panel. It’s always fun to me to mess with those for a bit to see what interesting colors I can come up with.
Once that was done, I was left with only two options. The Crop option and the Save Image option.
I started with the Crop option and was presented with a nice array of choices for cropping. 1:1, 4:3, 16:9, Custom, Original, and None. I tried them all and found that the crop would set itself pretty much perfectly. The Custom option was very useful, possibly the most useful in fact. I modified the crop to cover only the screen and left my #ED2DF6 background invisible outside the crop, just to see if I could.
From there, I tried the Save Image option. I was presented with 3 choices of save. Low Quality (600×999), High Quality (594×988), and Super High Quality (927×1544). 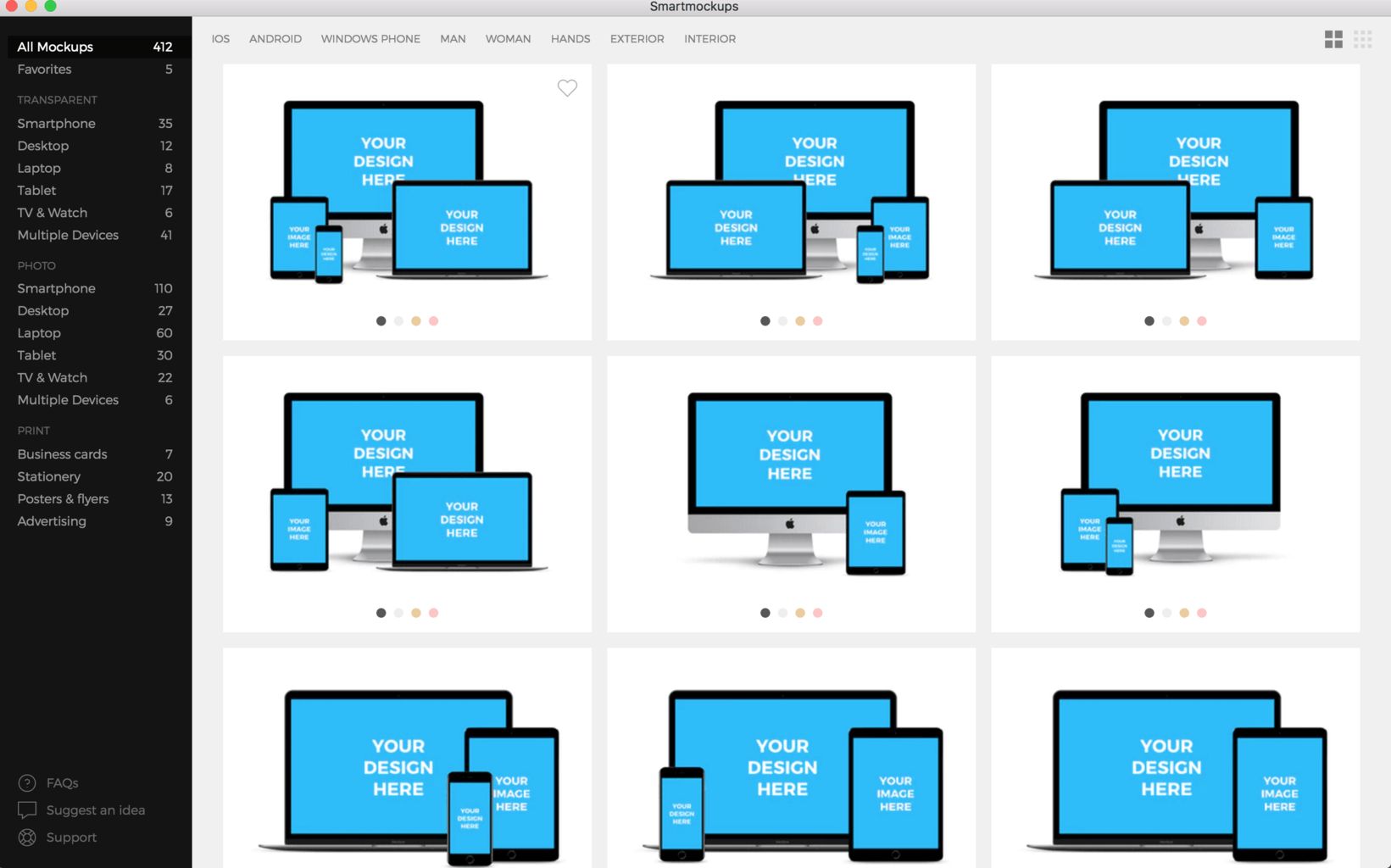 I’m not really sure what they’re going for here, as the quality depends more on the compression level and dot density than the actual pixel size of the image. Quality is determined by a number of various aberrations such as artifacts and distortions and color accuracy compared to a theoretical “perfect image”, not the pixel size of the image in question. It was nice that you can export in such large sizes

Anyway, I saved the image with the “Super High” option, just in case, and opened the resulting image in GIMP to play around with.
Since I chose a random website, it doesn’t quite fit in the page, but all of the important parts are perfectly visible. Some of the #ED2DF6 backgrounds is still visible, due to my poor cropping skills rather than the app, so I took a point off of myself and my practically non-existent abilities at image manipulation.
The result, overall, is something I enjoyed. I even went back and modified my crop to have a transparent background, so I can play around with it later when I have a bit more time on my hands. Having a good quality mockup laying around on my hard drive is something that I imagine most people only dream of. The app is also quite reasonably priced at a one-time cost of $49. That’s definitely a bonus in my book.
I think you should, at the very least, give it a try.