A faster and cheaper alternative to traditional methods of manufacturing is making its way into the mainstream market, and it looks to be changing the way people do business—including advertising.

What is 3D printing?

Known in the industry as “additive manufacturing”, 3D printing is unlike the usual method of “subtractive manufacturing”, where raw materials are stripped, cut, smashed and broken down to create products. It works by adding layer upon layer of one material to fashion something new based on a design generated on a computer. 3D printers differ on the materials used (special resin, plastics, metals, etc.) and the exact technology (laser sintering, electron beam melting, etc.), but the fundamental concept remains the same.

Known in the industry as “additive manufacturing”, 3D printing is unlike the usual method of “subtractive manufacturing”, where raw materials are stripped, cut, smashed and broken down to create products. It works by adding layer upon layer of one material to fashion something new based on a design generated on a computer. 3D printers differ on the materials used (special resin, plastics, metals, etc.) and the exact technology (laser sintering, electron beam melting, etc.), but the fundamental concept remains the same. 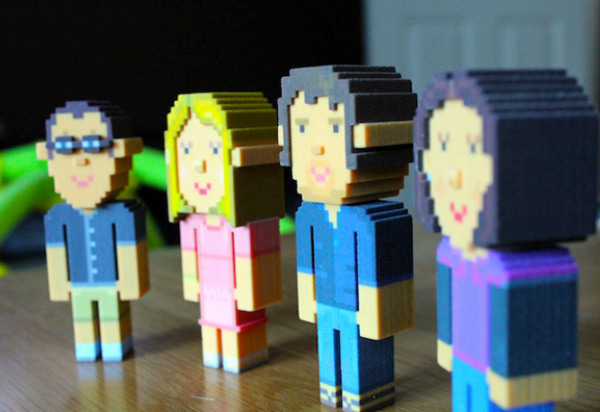 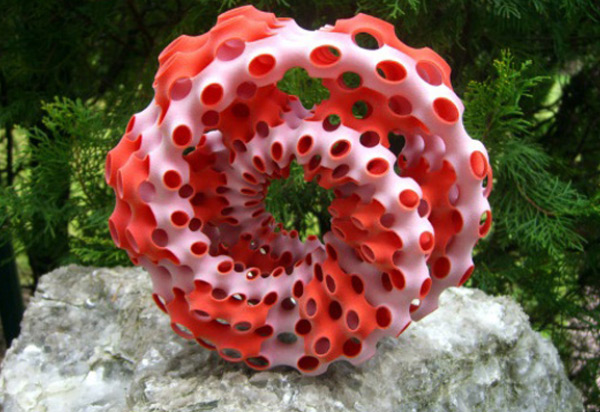 The idea has been implemented since the late 80s by innovative companies Stratasys and 3D Systems. The original aim was to rapidly create prototypes for manufacturers using large machines, but the technology has been greatly improved over the years. It has also gotten cheaper to the point that there are now personal 3D printers available in the mainstream market.

How it affects the advertising world lies in its impact in design. The 3D printers of today have reached a level of complexity in the detail of their finished products closely rivaling those of traditional manufacturing processes. In fact, some of the top-of-the-line 3D printers can print layers as thin as 20 microns which amounts to about 0.0007 inches for extremely high definition.

Because it relies on computer-aided designs (CADs), 3D printing also allows for a great degree of customization. People can share their designs online, and with enough knowledge on how to use CAD programs, they will be able to modify these designs to fit their exact needs and wants.

Teehan+Lax. The company used the technology in designing a milk jug that, once paired with a smartphone, alerts the user through an app if he/she is running out of milk. The user will then be able to check for any nearby stores that he/she can buy milk from. By producing an actual milk jug with a 3D printer, they managed to save money while also showing off the usefulness of their app.

Tech giant Google also employed this innovation in promoting their Google Search app’s immense capabilities through the AdMob advertising campaign “Uncover Your World”. The company paired up with 3D printing company Z Corporation to create all the models of an entire neighborhood strip complete with a cinema, a bookstore, a museum and more, along with a faux smartphone and other things in a rich media ad.

People who click on the ad can then go through the somewhat cartoony yet physically real strip to understand how Google Search works. It even uses a cool stop-motion animation to bring it all to life. With the help of 3D printing, Google managed to keep its image of always being at the forefront of technology and creativity through great visuals, while managing to inform people in the process.

Benefits of 3D Printing in Advertising

With the aforementioned examples, it should be apparent how 3D printing can be a very helpful tool in advertising. However, there are even more advantages to utilizing the technology as listed below:

Although most production-grade 3D printers are very expensive (with some running up to five figures), there are companies that are now creating units at a more reasonable price that still deliver quality products. These can be perfect for ad agencies that don’t need an entire production line to create proof of concepts and the eventual models for their clients and as promotional giveaways.

There is also no need for costly revamps of production designs since everything can be done on a computer. Whatever material that has been left over from one project can be used again for another project.

Another advantage of 3D printers is that they are also being designed for mass use. Before, experts in the technology are the only ones who can operate the old big and bulky machines. Nowadays, they have been streamlined so that the average person can run them.

Of course, there is still the issue of actually coming up with designs on a CAD software, but any competent ad agency would have graphic designers who know exactly how to use them.

As seen in Google’s “Uncover Your World” ad campaign, 3D printing can capture the imagination of people through fully realized materials that build a whole new world. Ad agencies will not be restricted to the same old campaigns, unleashing a unique creativity in its teams to hook cynical audiences tired of the usual ads.

Samsung can learn from one of its biggest partners in Google to integrate 3D printing in their own advertising branch, Samsung AdHub. This can bridge the gap between marketers and their core customer base whether it’s for their Samsung toner cartridges, LED TVs or Galaxy S line of smartphones.

3D printing is an exciting technology that promises a sea change across many industries, and its affordability coupled with nigh-limitless design possibilities can help revolutionize advertising’s creative capabilities.

Elston Marcelo is an all-around marketing and investment guy. In the morning, he works as a Content Manager in PrintRunner.com , A convenient online printing resource. A full service high quality Business card online printing company located in Van Nuys, California. In hisfree time, he writes for blogs and shares his knowledge through different blogs on the internet.