Engagement has quickly become one of the favorite yardsticks to measure the effectiveness of video content. However it is not a metric in and of itself, and often it is defined and measured in different ways. At the end of the day the core idea is to measure the impact of a video on viewers, which in turn consists of its ability to keep viewers interested and encourage them to react.

While at first glance it may not seem easy to improve video content engagement, there are actually a number of ways in which you can go about it. In particular, there are three key factors that have an important part to play:

Longer videos are less likely to be able to retain viewers all the way through to the end, which is bad for engagement. Because of that videos with a short duration are preferred so that viewers are more likely to complete the video and react to it afterwards.

The optimum video duration for your videos will vary based on the platform the videos are published on, the type of content, as well as the demographic that it caters to.

Many videos often lose a significant portion of viewers within the first few seconds when most viewers will decide whether to keep watching or not. That is why placing a hook at the beginning of the video to interest viewers and convince them to keep watching can help improve engagement dramatically.

While the hook that is used will differ depending on the type of content, in general it should give viewers a reason to keep watching. One of the most effective ways to do that is to let them know what’s in it for them (i.e. the benefits they stand to gain).

Arguably the most important factor that affects video engagement is its ability to provoke an emotional reaction in viewers. If viewers find a video funny, inspiring, shocking, or touching – they are more likely to stay interested and react to it in turn.

Provoking an emotional reaction is tricky however, and the video needs to be structured around it. For example it could have an unexpected twist, or be structured as a story so that viewers are invested in the outcome.

On the whole videos have a greater potential for engagement than any other form of content because they can portray a message visually. That in itself is a factor that can be used to improve engagement, by leverage it and delivering the message more visually.

At times using different types of videos can help in this regard, such as animations or recording videos with a screen recorder for Mac or Windows.

As you can see each of these factors can help you to improve the engagement of your video content in a different way. Keep in mind that none of them exist in a vacuum however, and if you really want your video content to engage viewers effectively you should try to make improvements on as many fronts as possible. 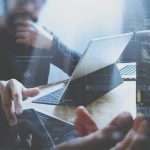 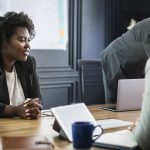