Vector and raster images are two very distinct types of graphics which serve different purposes. Although sometimes they might be interchangeable a lot of the time it would be better to use one type of the other to get the best out of your artwork. 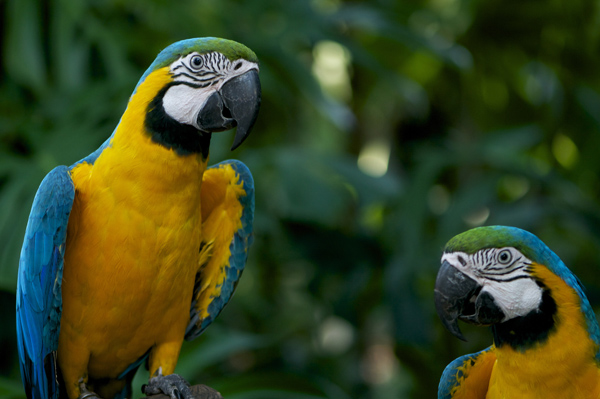 It’s important to know what to use and when, whether you are a designer or someone selling design or print products so that you can either use the right software or advise your client correctly as to how to proceed.

Some clients, and even some designers, think that every single graphic can be created in Photoshop. That’s a true statement, however what they don’t take into consideration is the future of these graphics.

Raster images cannot be enlarged without loss in image quality, although it is acceptable to do so within certain limits. But let’s take a step back and look at what raster actually means.

A raster image is essentially made of dots, or pixels. Each dot has a colour and once they are all together they form the image you see.

Have you ever seen a picture taken from a helicopter where people held a sheet of paper each that had part of an image? They all stand together so that when they hold the sheets upwards towards the camera, you see full image.

That’s basically what a raster image is, each person represents a dot.

Now if you wanted to enlarge such image, you’d have to add people and basically draw bits of image that didn’t exist before, as well as modifying existing bits, replace sheets and put the people all together again so that they stand correctly and make a larger version of the image.

So you can create your raster image in Photoshop, but when you want to enlarge it you’ll have a loss of quality because the program needs to invent pixels and throw them into the mix. If you plan on creating several versions of the same raster graphic, it’s a good idea to start big, and keep the bigger version as a master, and then resize to smaller versions, rather than the other way around.

But after all this technobabble, what are real examples of raster images? Well, photos or things you scan. With film cameras you can enlarge a photo virtually to any size, however with digital cameras you are limited by the resolution they can shoot at.
Resolution is a word that indicates the number of pixels within a certain area, usually it’s indicated in pixels per inch, aka, PPI. Not to be confused with DPI, since that’s dot per inch and it refers to the printer resolution, not the image resolution which you see on screen.

While film camera captures light onto a film, a digital camera sees everything in dots. It will break down any image in these little dots and the more it can fit into a tiny space, the better the image will look even at bigger sizes.

Programs such as Photoshop have a lot of options to handle raster images, from filters to special effects, and are better suited to handle photos and such things.

Vector Images are the hardest ones to explain, but their main feature is the ability to be resized at will without any quality loss. Photos cannot be vector because they contain way too much detail.

The best candidates for vector images are logos that can go onto stationery one day and onto a big banner the next, lettering, and any graphic that doesn’t have the same amount of detail of a photo of the real world. Illustrations are another good candidate.

The reason why vector images can be scaled up to any size is because technically they are not made of dots, instead they are made of mathematical calculations. The software says, “This line is 20mm long, and this is an angle of 30 degrees” and so on.

The vector program actually recognizes lines and shapes, while for raster images there’s no way to know for the program that’s ‘handling’ them what each group of dots represents. Even when you create shapes within a raster program, they eventually need to be rasterised before complicated effects can be applied to them, with some exceptions.

Because of how printing works all images get converted to dots eventually, however this doesn’t mean that you waste the benefits of vector images.

If you have to print a photo that’s 30 x 70 cm, it has to have 300 PPI at that size. If your resolution is too low you will get image quality loss, i.e., your prints will look blurry even if you enlarge the image in Photoshop. So you’d better make sure you keep this in mind, or you might end up wasting precious toner.

However the vector image could be a lot smaller than that, and once it goes through the raster image processing of the printer, aka RIP, the image will be scaled to the correct size et voil&agrav;, your final print will look as sharp as a razor blade.

Elise Lévêque is an ambitious freelance translator with a passion for photography and related creative subjects, who has learned the hardships of working on her own through experience and trial and error. Here she shares her tips for Office King.