In this economic climate of recession and retrenchment, it pays to remember one major fact;

The economic situation affects EVERYONE.

You might be hurting because you’re losing business and new business is hard to find, but you’re not alone. What’s more, if you open your eyes, you may actually be able to take advantage of this climate and improve your position! 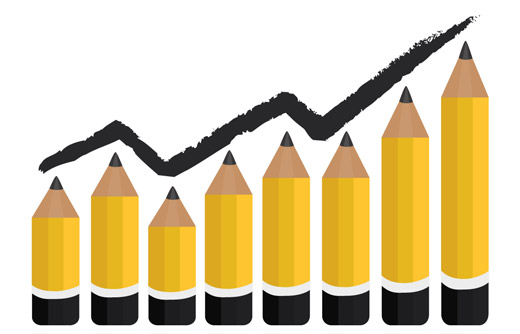 How? I hear you ask.

The other day I lost a major job. My client-to-be was about to leave his company position and strike out on his own, going into business against his former employers. I was to create a logo for him, complete the branding of his new company, create some brochures and magazine advertisements and then build him a website. That’s great! Except that he’s shelved his plans and now decided to stay put until the economy improves. Brilliant!

I’ve also had another client decided that this year’s annual report (which is an annual $2000 job for me) will this year be compiled in Word by the receptionist.

Things could have been getting pretty dire for my small design business… until I picked up a new client.
The job is a national advertising campaign for a major corporation. Their usual agency would have charged them between $10,000 and $15,000 for the total job – I charged them $3500.

You see, everybody hurts, and just because you’re losing business doesn’t mean that the people higher up the food chain aren’t too. If you raise your sights and aim higher, there’s plenty of business out there for the taking.

In this case my low overheads allowed me to offer the same service (98% at least) as my inner city counterparts, but for considerably less drain on the client’s budget. And there’s more where that came from. If you normally target companies with annual turnovers of $300,000 to $2 million, go out and see some larger corporations in the 10 million and over range. It can’t hurt.

The design business is not exclusive in this either; if you sell Nissan 350Z sports cars – target the Porsche buyer.

In other words, raise your sights, and feed your family!