With Halloween just around the corner it’s time to spark that creativity, find a cool creative costume to impress at the parties you will be going and for some of you start thinking about ideas to use in your pumpkin carvings. Whether set next to the rattan garden furniture upon your porch or your next to your seasonal greenhouses awaiting the warmth of another spring, a carved pumpkin is an excellent way to decorate for this spooky holiday. The variety of Holloween pumpking carvings is amazing and below we have presented some of them.

According to Wikipedia, jack-o’-lantern is typically a carved pumpkin. It is associated chiefly with the holiday of Halloween and was named after the phenomenon of strange light flickering over peat bogs, called ignis fatuus or jack-o’-lantern. In a jack-o’-lantern, typically the top is cut off, and the inside flesh then scooped out; an image, usually a monstrous face, is carved onto the outside surface, and the lid replaced. At night, a light is placed inside to illuminate the effect.

The craft originated in the British Isles where there’s a long tradition of carving lanterns from vegetables. In Ireland turnips have always been used and in Scotland lanterns were originally carved from the thick stem of a cabbage plant and were called “kail-runt torches”. Immigrants to North America used for carving the larger native pumpkin which was widely available and much easier to work with. These pumpkin carvings were originally associated with the harvest season in general long before becoming an emblem on Halloween.

Below there are over 20 amazing Halloween pumpkin carvings that will lit your creativity flame. 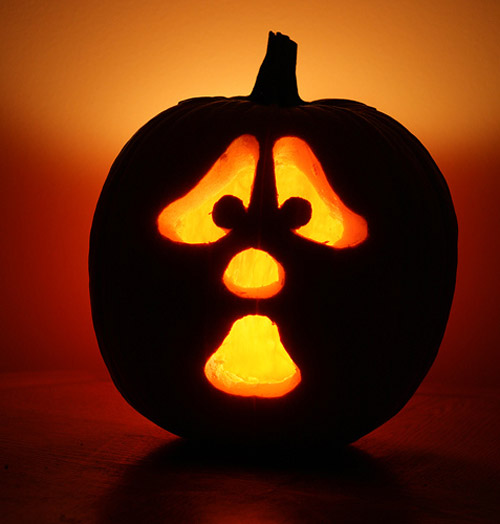 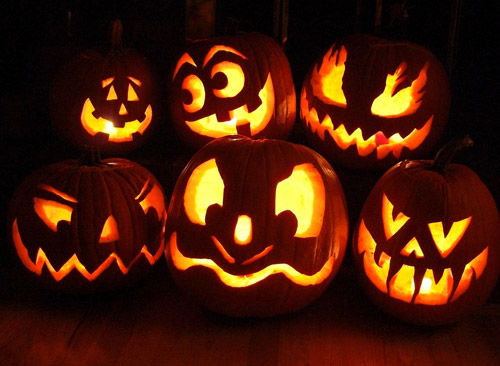 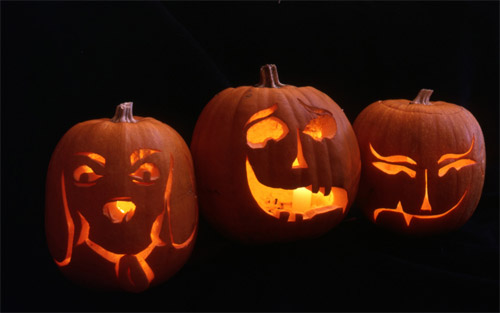 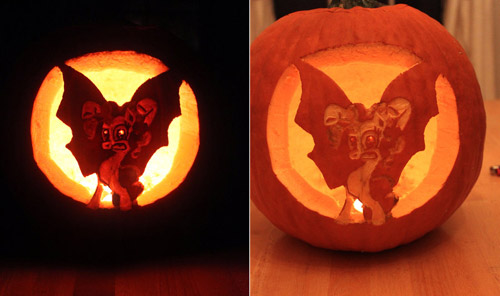 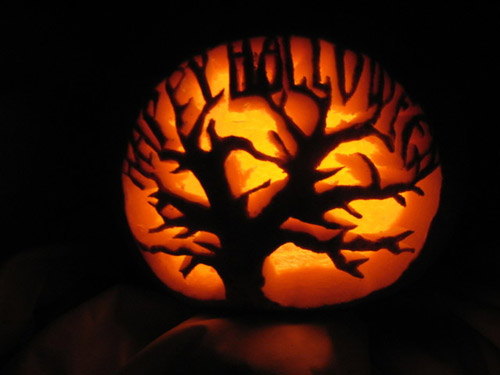 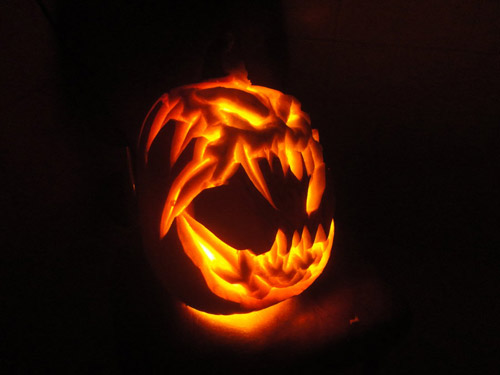 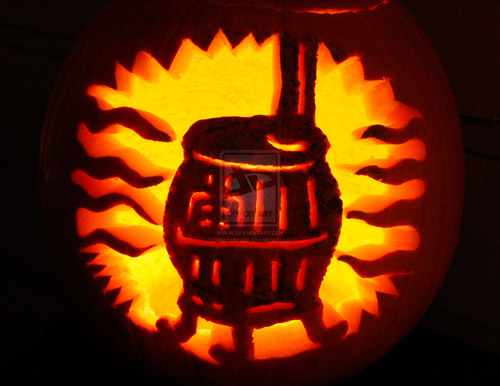 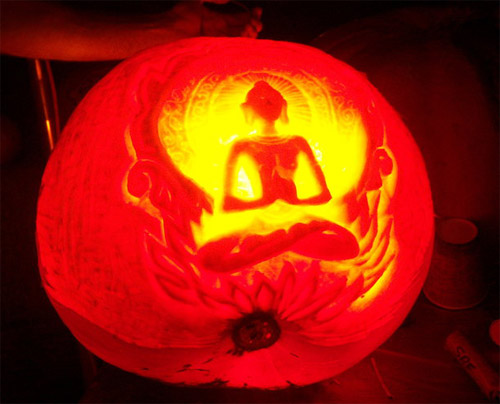 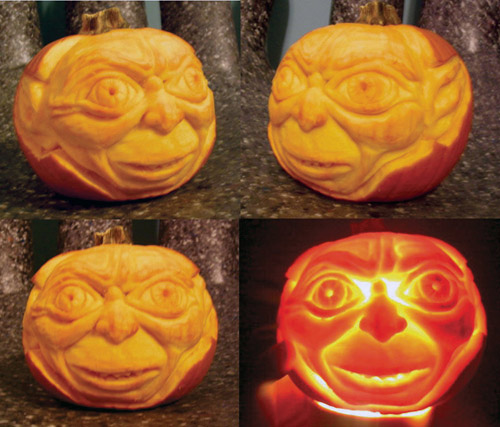 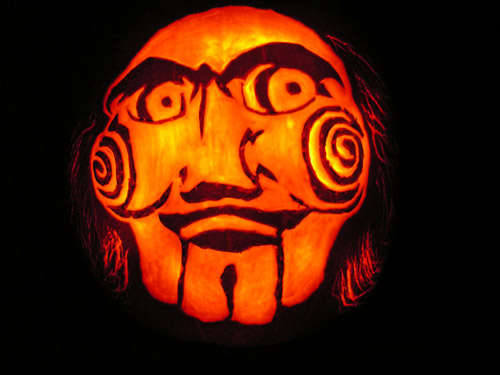