When developing a mobile application, the framework it is built on is equally as important as the app because it can make or mar its market performance. With the plethora of app frameworks available, the decision of which framework to use can get confusing.

Most times, the popular choice isn’t always the better option for everyone. This is why it’s critical to know if React Native app is a suitable choice for your mobile app development. Read below for these reasons.

If you are looking for an easy framework, and simple to understand; React Native should be your first choice. Why? Because this framework’s code is declarative, i.e., it describes what the program must do rather than how to do it. This makes programming flexible and easy to read for developers. Also, it streamlines the overall development process making it easier to test, compile and install, rather than doing all this every time with subsequent changes.

React Native framework is dedicated to the mobile user interface, as it is JavaScript based. It offers a decreased load time making its interface very responsive, which gives users a smooth experience. Also, React Native allows developers to create unique UI through custom-built or pre-built declarative components. This is why it is a popular mobile app development framework.

React Native is the best option for anyone with limited time or a limited budget because, with this framework, anyone can achieve the best in those circumstances. React Native is an open-source community with readily available reusable pre-built components that are free to access. Which can reduce the app development time by almost 30% while making the process less expensive.

if your app idea is one that would need a third-party plugin, then React Native should be on top of your framework choice list. This framework provides two types of third-party plugins: native modules and JavaScript modules. Essentially, this feature allows an app to link with any native or third-party module. e.g., linking Google Maps with the basic functionality of your app.

Cross-platform is one of the most popular benefits of using the React Native framework. Almost 90 % of the same code used to build an app in one platform can also be used for other platforms. This means developers can use the same React Native codes to develop Android and iOS Apps, saving time, money, and effort. So, if you’re thinking of expanding your app across platforms much later when it has dominance, React Native is your best bet.

Although the React Native app development services might not be suitable for just about any app, it is pretty close to perfect. And it has earned credibility with the major apps in the market running on it. Popular mobile apps like Instagram, Skype, Facebook, Artsy, Tesla, and more. 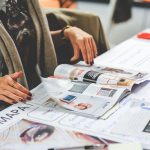 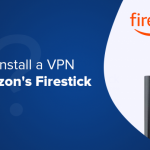