The agile software development was created in response to the roughly two-year process it used to take to develop new software applications. This didn’t just fall short of customer needs, but it created problems in a world where hardware doubled in processing power every 18 months. The solution was a lean, iterative, customer-focused software development process. One of the biggest benefits of this approach is that it ensures that what you create fits customer expectations, but allows for continuous improvement during and after development. Let’s learn more about using agile development principles to create flawless designs.

Listen to the Customer at Every Stage

Agile is focused on the customer, and it’s important that they play a central role. However, it isn’t as simple as merely saying that everything you do is for them. Instead, customers should be brought in to create the initial list of software requirements. They should then be asked to assess various potential solutions to software problems. Software developers will be the ones responsible for creating the initial version. Customers should also be involved in testing and not just asked to beta test a new release that developers will fix in a later version.

Test Until It Is Right

Agile software development tends to fix problems iteratively with focused scrums. There might be a one week to one-month cycle focused on solving a problem with installation. This where they may retest the software for other possible issues.

Another scrum may be scheduled to fix errors in reports or data interfaces, for instance. With Scrum, you will typically focus on solving each problem one at a time, typically starting with the biggest issues. This reduces the risk that you try to implement several fixes simultaneously, creating new problems.

Another benefit of this approach is that the software is tested after every patch, so you know exactly which patch caused the newly observed problems. The agile development process is done when every bug is fixed, and every added software function works perfectly. This is why agile software development tends to create flawless digital designs.

Agile testing differs somewhat from traditional software testing. According to The Ultimate Guide to Agile Testing by Global App Testing, it is integrated directly into the development process. The guide also explains how it allows you to find and fix bugs as soon as possible instead of finding them at the end of the software development process when there might be time and labor constraints. Furthermore, thorough repetitive testing ensures that bugs aren’t missed until after your software is released.

Quality Is the First Priority

Agile software development prioritizes software testing, while traditional waterfall testing almost treats testing as an afterthought. This is probably one of the biggest differences between the two approaches and why agile teams tend to get much better results. There’s also less confusion between teams, and it allows them to work on a common goal.

Another particularity of agile software testing is that it uses the customer’s definition of quality when assessing the software. It isn’t enough for the software to use a minimum of resources or complete basic functions. It is tested for every feature and function customers put on the list, and you have clear definitions for what constitutes a pass or a fail. This results in improved customer satisfaction according to their standards, not what management wants, or what they think the public will want.

The Development Process Can Adapt to Changing Requirements

A side benefit of agile software development is that you can move to market much more quickly and don’t necessarily have to worry about getting everything right. You could get a major bug fix or a new patch out in days or weeks, while a new software release can be completed in a few months. This allows you to stay on top of evolving customer requirements or a rapidly-changing system environment. That is a major reason to adopt agile software development, given how often the iOS and Android operating systems are updated.

Software development teams may have leads, but agile software development has a higher level of accountability. The scrum master ensures that issues are resolved in each scrum cycle. The product owner ensures that backlog issues are resolved and supports the team as a whole. Important requirements will not be forgotten or neglected. If something isn’t done, you know who is responsible and can make a change next cycle.

Agile project management tends to break assignments out to teams, and specialists are assigned to each one as required. This may allow you to ensure that a software interface update doesn’t introduce new security holes. Yet every sub-project is part of an integrated whole. No one is done until the entire app or program works properly.

Furthermore, there is testing of each function or component before you get to top-level testing, so issues are resolved far faster than if you wait until everyone says they’re done. Regular communication between groups prevents one group from making code changes that hurt others. Also, the ability to reassign people as required during a cycle or at the end of short sprints ensures that no one is idle during the software development process. That raises the overall efficiency of software developers during agile projects. 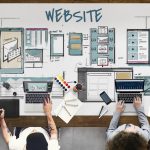 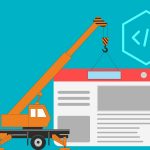