Recent advances in technology have helped both small and large companies to automate their business process to improve productivity. In fact, experts have also emphasized that productivity has stalled over the last couple of years. Numerous large-scale businesses also complained that their productivity was in decline despite implementing innovative workplace guidelines to improve the workflow.

While improving productivity in the workplace is easier said than done, Robotic Process Automation has helped change that perception. In these critical times when a lack of productivity can quickly cripple small and medium-sized businesses, RPA is helping companies by providing a seemingly unlimited resource pool that can mimic the mundane and repetitive process of workers.

In simple words, it means that Robotic Process Automation can help humans complete their tasks in less time using much less financial resources. As a result, companies can improve their productivity without downgrading their workforce because the automation is merely helping the company do the excess job that was taking its toll on human workers who had to work extra hours.

Using RPA, productivity is also enhanced because machines can do the repetitive process 24 hours 7 days a week without error and implement techniques that can save time and money in the long run. For instance, rule-based and repetitive tasks are easy to implement using RPA because the process can capture data, retrieve information, and communicate with other devices in a streamlined manner without error.

In a nutshell, your employee who works an extra two hours to complete the process can benefit from RPA. The robotic process automation will ensure that the excess work is error-free and it doesn’t cost the company a fortune to carry out the repetitive mundane tasks. In fact, employees will also appreciate such a time-saving process because it means that they can go home early at 5 p.m. instead of sitting at their office doing clerical work, which can be done by machines.

Unlike artificial intelligence, RPA software does not replace workers. Instead, it just decreases the workload on workers so that the entire task can be carried out quickly and effectively.

Here are just a few of the benefits of RPA:

Quality and Error-Free: Large, data-heavy, mundane, and repetitive processes can be handled by computer software reducing errors and increasing productivity.

Scalability: RPA is flexible because employers can test it on a smaller scale before scaling it up to other departments after evaluating the efficiency.

Advanced Analytics: Robots can process a massive amount of data, which can be stored and retrieved by users when required. Unlike a human, computer software can help organizations build a track record of their work and evaluate it automatically to analyze the data and understand different business aspects.

Cost: Perhaps, the biggest advantage of any RPA is cost saving. As described earlier, even a small RPA process can save substantial revenue and expense in the long-run. Three or five RPA working at tandem can accumulate thousands of dollars in savings.

Among the most prevalent uses of RPA is in improving regulatory compliance in the health, insurance, and banking sector. It’s not unusual to see RPA automation in the healthcare sector ensuring that companies comply with correct laws and procedures to carry out the necessary process. As compliance levels and audibility increase, organizations can save plenty of time and reduce error rates.

Similarly, manufacturers of ATM are using robotic process automation to comply with industry standards allowing banks to control their ATM network efficiently and safely. In addition to the automation, large companies such as Johnson & Johnson use RPA in a range of simple process that involves invoice creation and inter-company requests. As mundane and repetitive tasks are handled by machines, workers can focus on higher-level operations and skills.

While artificial intelligence and machine learning are increasingly becoming integrated with RPA, experts suggest that businesses and companies should use them correctly. Instead of comparing RPA with artificial intelligence, RPA can be described as a process that aids in carrying out simple tasks, which in the long-run help companies achieve substantial savings in time and money. Similarly, RPA doesn’t require companies to replace their employees working at the back office because the process adds automation to the excess workload.

Using robotic process automation, organizations are already saving expense of new infrastructure and technology. In fact, companies must understand that RPA doesn’t make humans obsolete. Instead, it helps them increase their productivity and reduce errors. 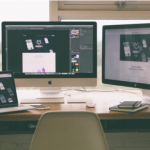